The building
The Italian Cultural Institute has occupied 39 Belgrave Square since 1949, when it was gifted to the Italian Ambassador, Duke Gallarati Scotti by the Duke of Westminster.

The Institute occupies a large nineteenth-century townhouse, forming a part of one of the Grade I listed terraces that border Belgrave Square. 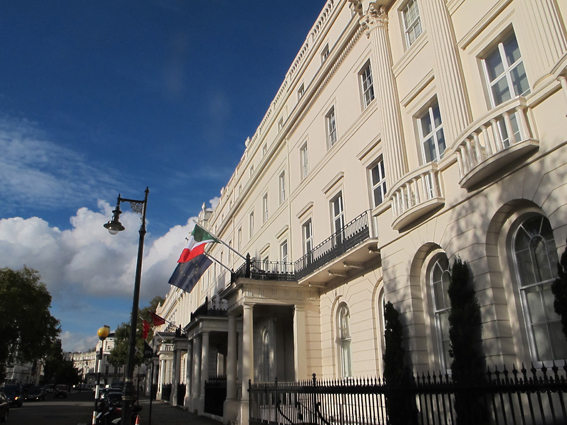 The design
Between July 2009 to March 2011 we consulted on a series of repairs which were to be conducted to the stucco façade and the roof of the building, as well as an upgrade to its internal facilities. The project also involved extensive works to the annex of the building, situated at 39 Montrose Place, to the rear of Belgrave Square.

Although a domestic dwelling, works were conducted to make the building once again habitable for the Director and his family by bringing the services up to modern living standards. Provisions were made to improve the heating systems, plumbing, drainage, electrics, and ventilation, and to alter the existing garage to increase the domestic area.

Careful consideration was given to the impact that these changes would have upon the historic fabric of each building.
Do you have project in mind?
Contact us